Skip to content
You can find our galettes in shops from this Friday 30/12! Free shipping in Belgium from €59. You got a voucher ? Click here

Our great-great-great-grandfather Jean-Baptiste was a baker. In 1829, he opened his first shop in the heart of Brussels. Thirty years later, he moved to Butter street (rue au Beurre) where he taught the job to his son Philippe. There, the Dandoy dynasty blossomed: 150 years later, butter and sugar still rule the roost under Saint Nicholas’ laughing eye. 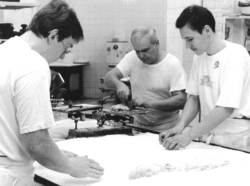 Maison Dandoy survived the difficult first half of the 20th Century thanks to Jean-Philippe, Philippe’s son, and then to his daughter Fernande and her husband Valère Rombouts. The times during WWII were hectic and if it wasn’t for the crunchy crispbread, Maison Dandoy might not have made it. Only in 1948 Valère decided to start making all Maison Dandoy specialties again. Being a man of high standards, he’s preferred to wait three years until butter and sugar that met his standards were available again on the market. 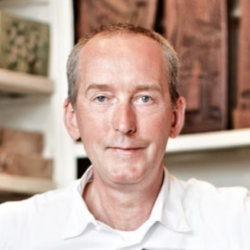 Our crunchy crispbread is the true star of the past century. During World War II, flour stocks were rationed and it was the only guilty pleasure that we could still make. It really is thanks to her that all our biscuits still exist today!

Jean-Baptiste Dandoy opened his first boutique in the heart of Brussels in 1829. In 1858, he moved to Butter street (rue au Beurre). There, the Dandoy dynasty blossomed: 150 years later, butter and sugar still rule the roost under Saint Nicholas’ laughing eye. 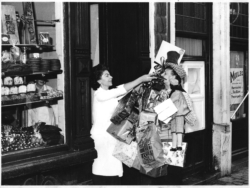 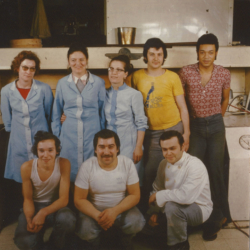 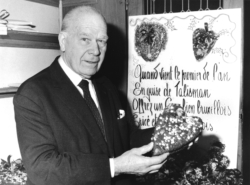 During the 70’s, Jean Rombouts-Dandoy, Valère and Fernande’s son, and his wife Christiane brought a breath of fresh air to Maison Dandoy. Won over, Brussels people hurried Butter Street. A true passionate, Jean even turned down a NASA job offer to keep on creating new biscuits, helped by his two pastry chefs Pierre and Willy. As to Valère, at more than 80 years old, he was never far off and still kept a loving eye on the biscuits.

Built upon a family heritage of sweetness. 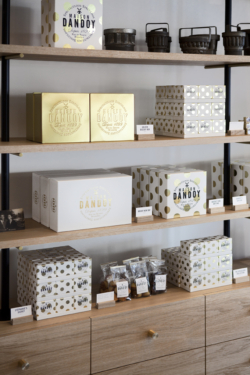 After Jean and Christiane, Christine, their daughter, and Bernard Helson, their son-in-law, took over the family business. New boutiques opened but Maison Dandoy held on to the principles that made its success: family, crafts, quality and tradition. In 2012, Maison Dandoy went through a total makeover: golden dots everywhere. Alexandre and Antoine Helson, Bernard Helson’s sons and 7th generation of Maison Dandoy entered the adventure. What now? Lots of new ideas, big projects and the same old recipes.